My Destination Inner Space show is on
The Monster Channel tonight.This is the episode where I show a movie and
make fun of it and have silly skits. 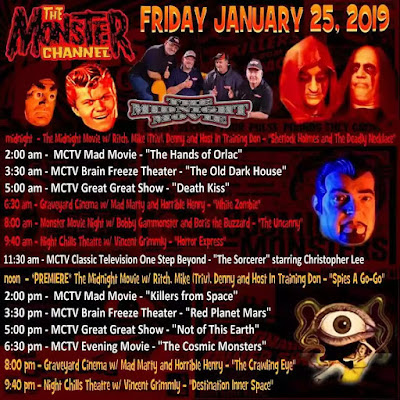 Preview of my "Horror Express" episode

Email ThisBlogThis!Share to TwitterShare to FacebookShare to Pinterest
My "Horror Express" episode is airing at approximately 9:40 Eastern tonight

Email ThisBlogThis!Share to TwitterShare to FacebookShare to Pinterest
I've just finished uploading all episodes so far and their previews to Archive.org 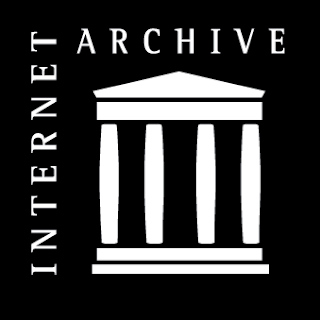 Email ThisBlogThis!Share to TwitterShare to FacebookShare to Pinterest
January 17, 2018

We've lost Rhonda Baffes, the sole founder and creator of Bizarre TV. And I've lost one of the most important people in my life.

Almost two years ago a fellow horror host recommended I contact a woman named Rhonda who ran the Roku channel called Bizarre TV. He said she would probably be interested in running my new show.

Rhonda and I started chatting on Facebook every day. I made her laugh. We became friends. Then after a few months we realized we were closer than just friends and we started Skyping most nights.

She had anxiety, but somehow I was able to calm her down and she could relax, eventually falling asleep. 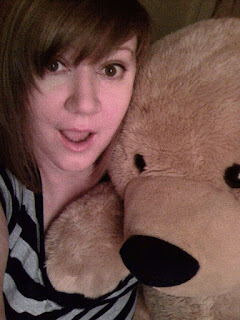 We tried coordinating our work schedules and budgeting to figure out when we could visit each other but she was constantly working at her regular job to support her and her son.

Suddenly in late 2016, she would start crying out in pain at night from something in the middle of her chest, and it would just get worse.

Then she finally was able to get in to see her doctor, who then referred her to a specialist, who diagnosed her with stomach cancer. And her gallbladder was practically non-functional.

When we Skyped the night of her diagnosis, we talked about a lot of things, but one of the things she had been looking forward to the most was watching her son graduate. She started sobbing, then buried her face in her pillow so her son wouldn't overhear her crying. 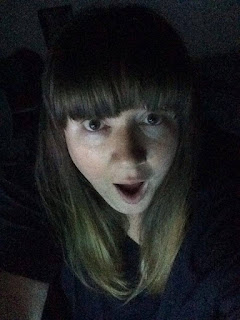 She wanted to get away for a week before the surgery, and so I was going to fly her out to Las Vegas. A couple days before her flight, her car broke down. Her mechanic knew her situation and busted his ass to get the car done in record time. She grabbed the car and headed for the airport in Georgia. It started raining heavily, and there was an accident on the highway. Traffic was delayed. She got to the airport and it took half an hour to find parking, so she arrived at the gate just in time to watch the plane pull away. She called me sobbing during an anxiety attack. Despite my best efforts to get her to rebook another flight, she refused to let me spend any more on the trip. Whatever forces run the universe decided to be real shitheels that day.

Her condition worsened. The doctors seemed in no hurry to treat her and didn't seem too concerned. More than once, she drove down to the doctor to tearfully beg them to help her after they dismissively told her she's fine and everything will just take time. Eventually she had surgery to remove the tumors from her stomach. We still had hope. 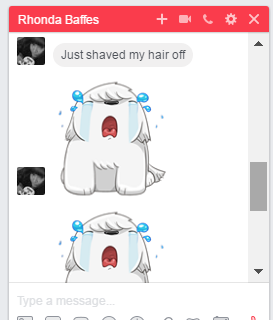 Unfortunately her type of stomach cancer is associated with a very aggressive form of ovarian cancer. Standard procedure is to monitor the patient to make sure that cancer doesn't appear. Instead, after surgery the doctors sent her home with painkillers and said "See ya in a couple months."

She was still in pain months after and the doctors couldn't be bothered to see her. She had developed the ovarian Krukenberg tumor that the doctors had neglected to watch for.

I asked about visiting her, but she didn't want me to see her that way. In fact we had several discussions about it. People familiar with cancer will know what she was going through at that point. I wouldn't care, but I also wanted to respect her wishes.

She finally got in to see the right doctor, who started her on chemo, but basically told her the cancer was terminal. We still chatted, but I would only Skype with her three more times. 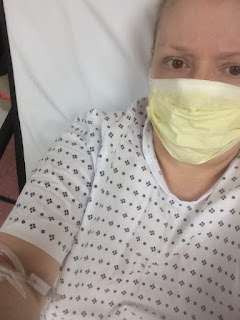 For Christmas she had family visit her, and her mother was staying with her until the end.

I've never met anyone like Rhonda, and I know I never will again. Bizarre TV had a great unique and perfect feel about it. If you didn't know anything about the channel, you would assume it was created by a serial killer. You would never know it was created by a giggly single mother who had been forced out of New Orleans after losing everything in Hurricane Katrina, including her job as manager of a Starbucks. Rhonda was a one-of-a-kind gem and the world is a lot less spooky and fun without her in it.

I wish her son all the best. I can't imagine what he's going through right now.

Rhonda, I love you. Until we meet again.

Click here for a wonderful article about Rhonda from Rudy Panucci.

This page was set up for me by my dear friend Rhonda Baffes, founder of Bizarre TV. We were skyping on Christmas day in 2016 while she offered to set it up for me. I happily took her up on the offer and she set it up while we chatted.

I'm reluctant to do a lot of changing to this site, it's a little part of her that's still with me. 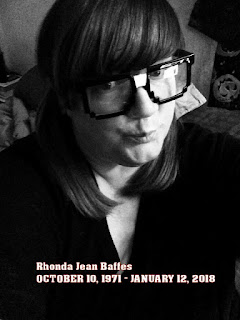