A fictional location that appears in one of HP Lovecraft's stories — and remarkably, there is an almost identical real life location — is the description of the very megalithic and classic ruins appearing in his story "The Moon-Bog." Although the story takes place in the fictional setting of Kilderry, within "The Moon-Bog" Lovecraft describes an Irish landscape where a Greek temple is built upon an ancient megalithic structure. Remarkably, such a place really does exist in Ireland and is hardly known of, even in Ireland. 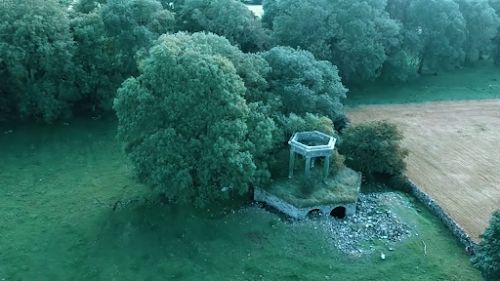 The Neale, in County Mayo, is the location where there is a Greek Revival temple built upon a 5,000 year old chambered cairn. Located in an area of reclaimed bogland, and even overlooked by an ancestral manor house. Almost identical to how Lovecraft described it. How could Lovecraft have known about such an unlikely setting and then go on to describe it so well? It is very unlikely Lovecraft knew of the real place. Yet his story "The Moon-Bog" has within it a very real landscape in Ireland which mirrors the Lovecraft description so well. 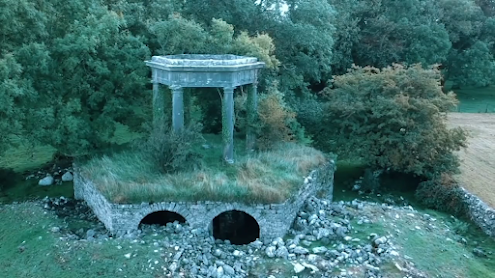