The Horror of Dyatlov Pass

Kholat Syakhl is in one of the most desolate mountain ranges in the world. In Russian, it's called "Dead Peak". Not far from the Arctic Circle, it's a lonely, windswept crag - which makes it a beacon for daring backcountry hikers who want the ultimate challenge.

And so, in 1959, a small group of Soviet hikers led by Igor Dyatlov set out with fanfare on a never-attempted hike across the brutal landscape.

They never reached their destination.

Two weeks after the hikers went missing, their bodies were found strewn about their camp. But they didn't seem to be lost. They hadn't frozen to death. Many of them were only half-dressed, in fact - 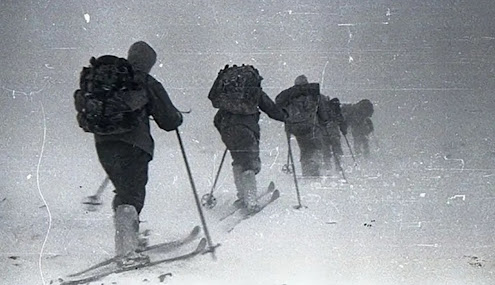